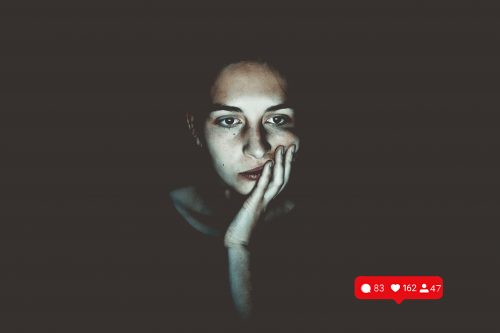 Wondering why your likes aren’t showing up on Instagram?

It’s an odd move for a social media platform, especially one owned by Facebook. And it’s a controversial one too.

After all, it’s a new idea. There hasn’t been a social platform thus far that doesn’t use likes.

Plus, taking away the “like feature” seems to go against everything that social media is – which is a status signalling platform.

But we’ll look at this development in-depth.

We’ll give for/against arguments on this move. This should give you a perspective on the feasibility of the idea!

Contents show
1 The “For” Argument.
1.1 Targeting The Everyday User
1.2 Encouraging Independent Evaluations
1.3 Creating a Focus on the Comments Section
1.4 Meaningful Posts Now Matter.
2 The “Against” Argument.
2.1 Repelling Businesses.
2.2 Repelling Users.
2.3 Over the Top Content.
3 What Do You Think?

It’s an attempt to create an inclusive environment from many users. It’s a move to actually improve the experience, and depressurises Instagram!

All social media platforms have “hierarchies,” and Instagram is no exception.

Some accounts get more likes, these are seen as more popular, and are followed heavily by users. And others don’t…

And this can create a sense of isolation for many posters – especially those trying to establish themselves on the platform.

With the removal of “likes,” there is a levelling of the playfield so to speak.

Both major influencers and unknown personalities can share their posts, without bias resulting from follower counts!

Or, you might feel afraid of standing out and showing what you truly think.

With the removal of likes, users can now “think” before evaluating a post. They’re freer to share their opinions, and without being influenced by majority opinion.

Creating a Focus on the Comments Section

The answer is the comments section. Users must now scroll down to see what the majority think.

And this is an advantage. Because if you read comments, you’re more likely to post your own – and this creates “engagement.”

You’ll have debates, back and forth conversations, and full analysis. And it’ll make the comments section livelier.

Plus, users are more likely to find intellectual stimulation too.

Through the comments section, users can enjoy hours of reading – which drops the bounce rates for many pages.

Businesses can use this development to their advantages. By focusing less on likes and more on comments, they can get users hooked on their brands.

They’re more likely to create a long-lasting imprint, rather than grabbing short attention through likes and flashy posts.

Oh – and speaking of comments sections…

The new changes force businesses and influencers to focus on “engagement.” And to do that, you need good content.

You need to post meaningful pictures – whether they be immaculate selfies, or soulful memes.

So now, a page has to think about its content. It can’t post fluff, otherwise it risks wasting time for lack of engagement.

They won’t have to scroll endlessly through posts that are shabby and lack depth. And overall, this creates a better and smarter user community.

In fact, it may end up driving away from a large portion of online users! And to give you some perspective…

Many businesses rely on Instagram to show off their level of popularity. And that’s how they gain committed customers.

Now, likes are a vital branding metric. And with that gone, businesses might be discouraged from using Instagram.

Let’s be honest. Not all users want meaningful content and intellectual stimulation.

The majority of online users are just content using Instagram as a social gathering place. And here, they don’t care much for meaning…

They simply care for what is trendy/popular.

And that’ll be hard to evaluate when likes are removed. It’ll now be difficult to tell what’s hot and what’s worth following.

This detracts from Instagram as a trend-feeding platform. And it lets competition take over that job!

We mentioned meaningful content as a “positive” for removing the like button. But what if the opposite happens?

That’s always a possibility. Businesses and influencers may resort to posting unethical and destructive content to get followers.

That is, they’ll raise controversy for the sake of it. They’ll do so to stand out from the rest of the crowd in post feeds.

This isn’t healthy – and in fact, it’s counterintuitive to what the new changes are attempting to do.

This form of content may eventually turn into a trend of bullying, racism, and hostile behaviour. And that can lead to the fall of Instagram.

What Do You Think?

Instagram is testing out new but interesting changes. And they’re changes that completely redefine what a social media platform is.

As a result, the consequences are uncertain – and they give us two contrasting scenarios…

Where do you feel the scales will tip? Will Instagram move in a positive or a negative direction?

Previous Post Australian Web Hosting Tips: What to Look for and What to Avoid
Next Post What is Keyword Intent? – How to Convert Low Volume into High Return

Is LinkedIn More Than Just A Job Hunting Platform?